Word spread. I was sure this was Astrantia’s doing. At first, I didn’t quite know what to do with this newfound notoriety. Sometimes I obliged the request for a recitation of the story of deliverance, but mostly I tried to let the rumors do the work. “Is it true,” I was asked one night, “that when you found him he was, like, covered in a kind of post-inflammatory hyperpigmentation?” I smiled. Others were more skeptical. “Cult deprogramming? Is that even a thing still?” A sluggish question of an arid mind, but, again, the best course was a shrug. Yet I must admit, I was haunted by a line out of Alan W. Gomes’s “Unmasking the Cults”: “While advocates of the deprogramming position have claimed high rates of success, studies show that natural attrition rates actually are higher than the success rate achieved through deprogramming.” We’d have to wait and see how our efforts fared against general trends.

Meanwhile, my growing legend stimulated another sort of attention—people now took a peculiar interest in advancing my education. Nothing too formal, naming artists I needed to know about, galleries I should visit, that kind of thing. But a few of them, these newly self-appointed tutors, took it a step further, following up the next week—had I looked in to this or that as I had promised, and would I go with her to the museum tomorrow? Of course I would.

Astrantia, it should come as no surprise, was not one of them, even while I suspected she was behind all this as well. Constancy was not her strength. She came and went, would call me out of the blue in the night insisting that I should be ready to leave in fifteen minutes. Incredibly, she was always coming from somewhere, another dinner, a party she’d complain about, then rebuff me at the first sign of interest. “No, it’s too boring to talk about.” So, an apparently far more pressing topic, she’d complain about the party we were heading to. Upon arrival she disappeared, leaving me to the playful admonishments of the pedagogues: “You’ve never heard of Guy de Cointent?” While I gladly took in the names as they were issued, it turned out this wasn’t really currency. Farocki, Sturtevant, Lutz—these were things to be already known, never much discussed. If my ignorance was titillating for some, it was because shared judgements were a first principle, a substrate. It was the dancefloor beneath it all, and here I was a splinter, a fissure.

I floated this idea by Frieda Eggert, an administrator at an arts nonprofit, poet, and probably my most assiduous teacher. She scowled. Actually, she always scowled when she was naked, which sometimes appeared as cutesy playacting sexual antagonism and sometimes as genuine animus. This time it was the latter. “Who are you to claim that kind of degradation?” She climbed out of bed and assumed an indignant pose. Then the other scowl came crawling back and she brought a laptop to bed and had us watch a video. “This is what real trauma looks like.” The footage lingered over a bank building on Sunset that the artist, Julie Becker, could glimpse from her window, and a model of the same building in several settings around the wood-paneled interior of her apartment. The footage is grainy and jumpy slo-mo, set to a thin soundtrack of heartbroken Mexican songs. Rigged up to a pully, the model is lowered and raised through an opening in the floor over and over, in and out of view like so many withdrawals and deposits. I guess this is why Frieda got so angry, I thought, when I compared myself to a hole in the floor. But there was something else. I had recently noticed a melancholy dimension in my tutelage—not just with Frieda, with all of them. I had dismissed it from my mind, but watching the bank descend through the floor and come back again, I realized that it was self-defeating for them and on some level they knew it. Teaching me, they were unmaking my alluring ignorance. It would soon be done. 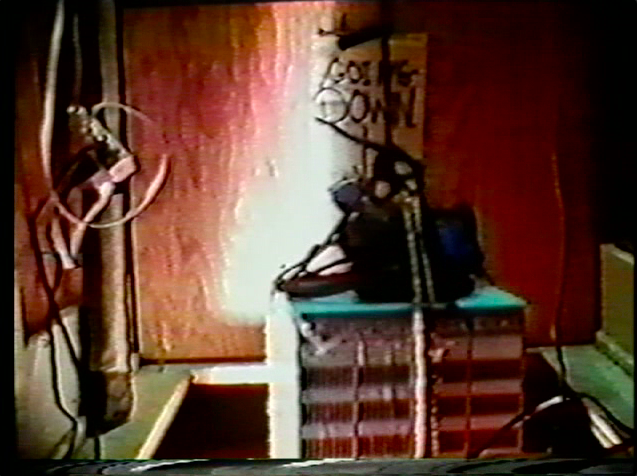 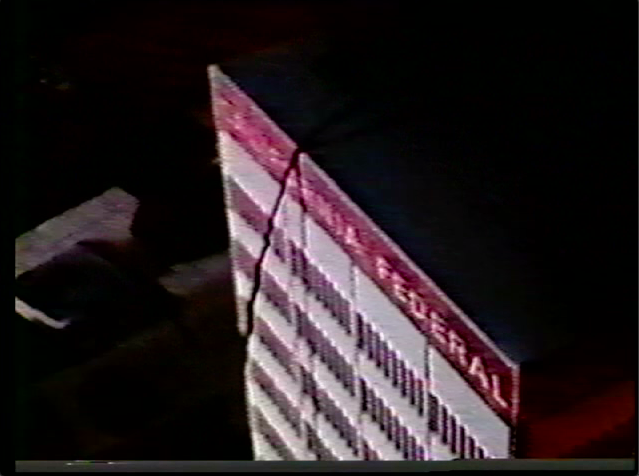 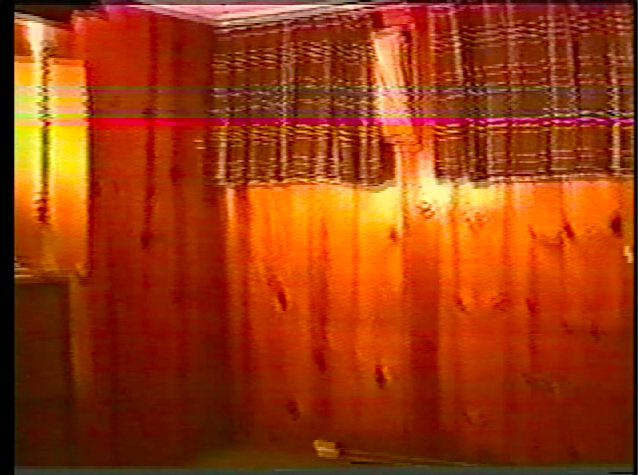