I don’t know, I guess Becker’s Bank—up and down through the floor— got everyone thinking about moving money. It doesn’t quite add up, I’m aware: the video was already fifteen years old. But here I was, just a few blocks from the building that so obsessed Julie Becker, which in her day been a CalFed, a savings and loan acquired by Citigroup in 2002, and in my hands was a pamphlet for a credit union by and for artists. It read:

All Artists, Art Workers and Activists are Eligible to Open a Business and Personal Account

All Artists, Art Workers and Activists will be eligible to OPEN a membership account, APPLY for low-rate loans, and enjoy many free or low-cost financial services.

Cauldron, it was called, Cauldron Credit Union, to imply that art and finance are both forms witchcraft. “Are you an artist,” the witch had asked, and I had said, “No, not really, not at all, actually, but could I take one anyway?” It was the Friday farmers market, and she stood among the produce stalls, behind a table draped in plastic fabric printed with cascading hundred-dollar bills. Looking up from the pamphlet, into her ready face, I told her this was interesting and asked if she’d been at all inspired by the work of Julie Becker. “No,” she said. “You know the bank is just down the street over there,” I offered, but she just nodded politely and looked away.

Such a vast transformation, I thought, since the days of Becker, the turn of the new century, when the great film theorist Peter Wollen, writing about the artist and her bank, bemoaned this wretched neighborhood, in the video saw a “dream-driven escape from the dismal landscape of Echo Park with its crumbling and distorted pavements, its mounds of rubble and its inner-city grunge.” The image of a helicopter “must have seemed like an angelic vision of a martyred saint, a promise that there was a better world out there somewhere.” I said thank you and tucked the pamphlet into my coat pocket as evening fell indifferently on Los Angeles.

“Absurd,” said Astrantia. “Not even artists would trust artists with their money.” She gripped the steering wheel in her left hand as the right went scrabbling in her purse and withdrew a phone. She glanced at it, typed something with her thumb and tossed it back in. There was no traffic on the 110; downtown was deliquescent. “No, you know who you should really talk to is XLM29. Don’t ask—no one knows what it stands for. They’re a social practice collective. They’re trying to get a microlending project off the ground, distributing small loans across the Eastside.” 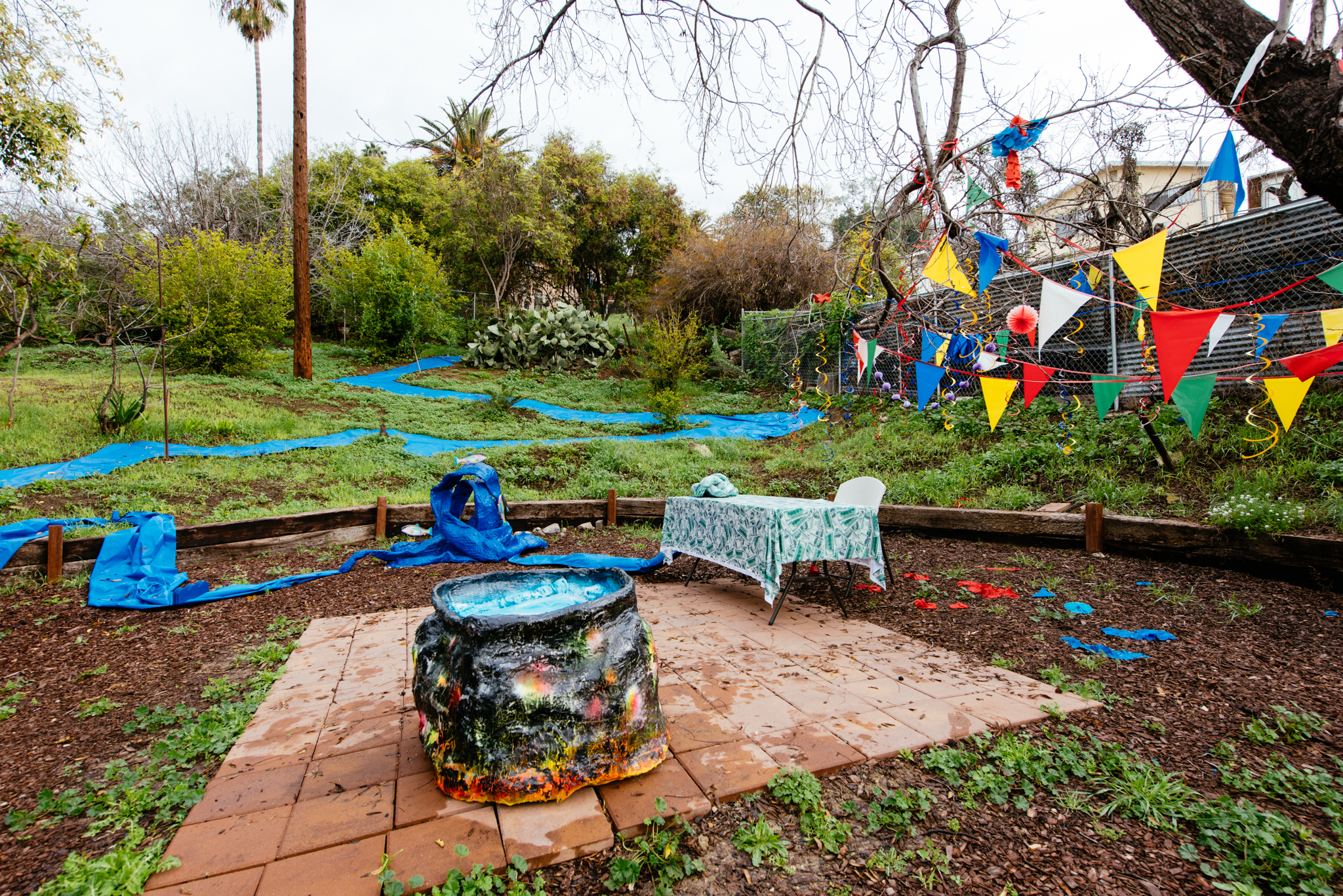 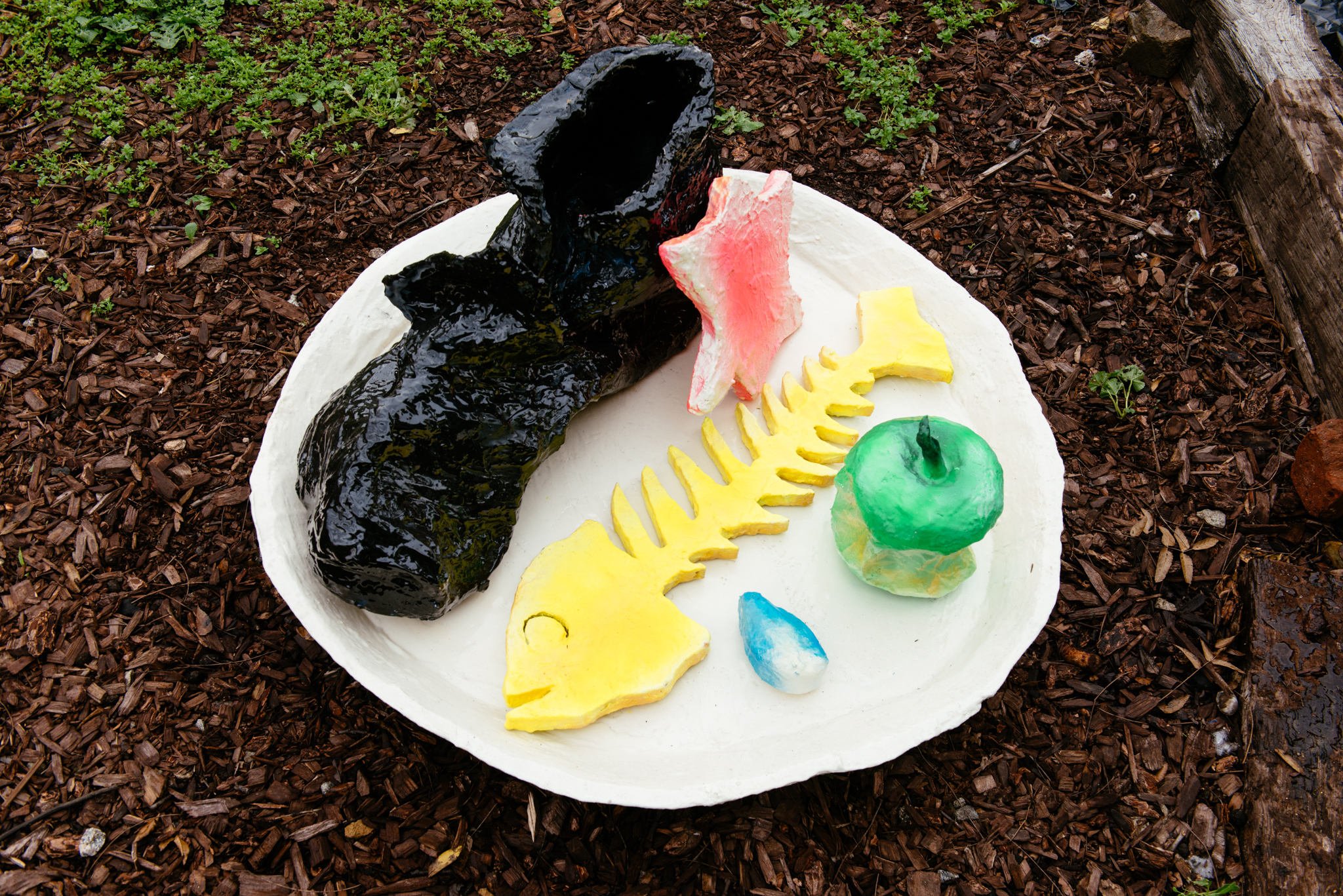 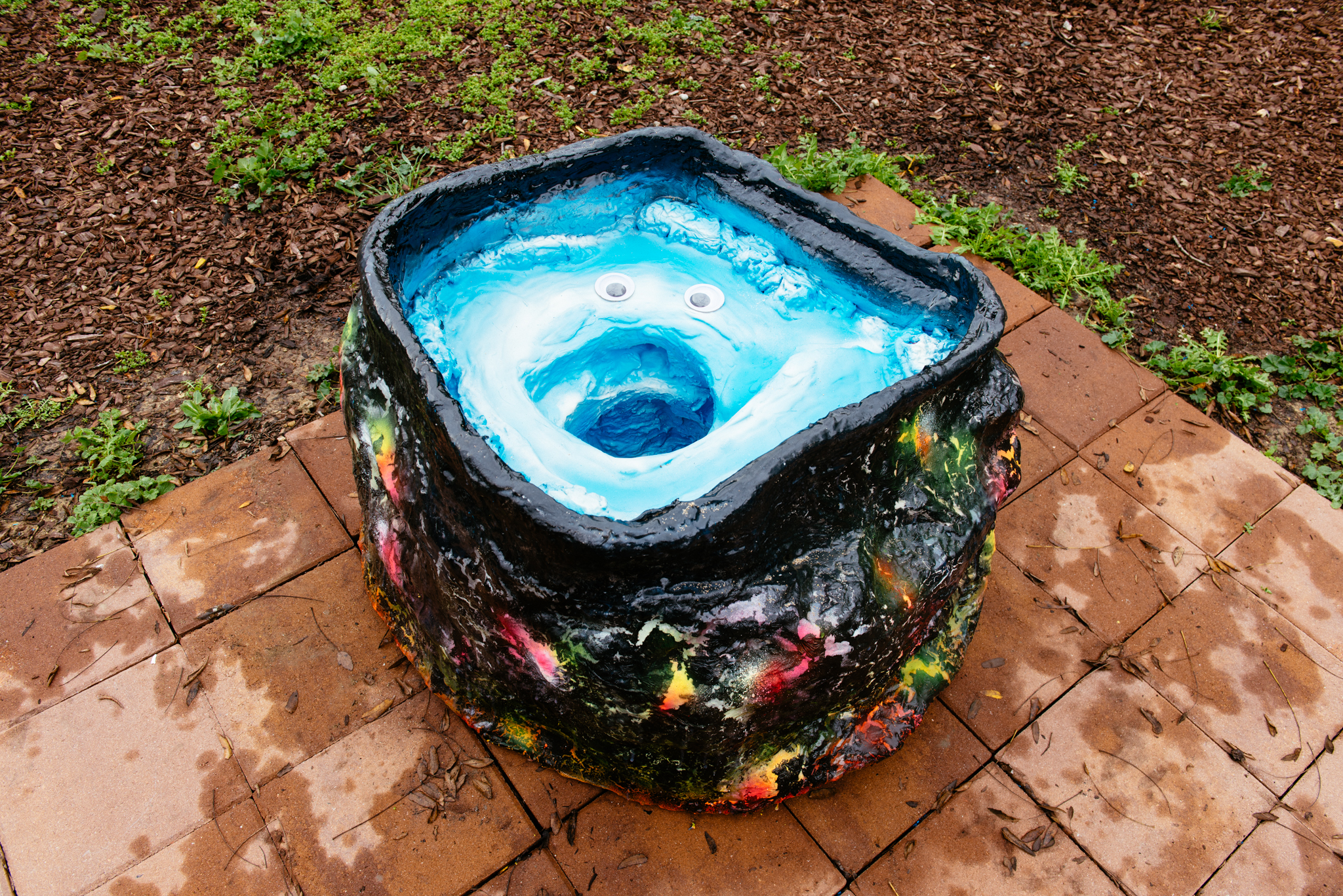