Every day came another story of a new arrival. Some welcomed the fresh blood, but not everyone.

“They won’t stop,” said the woman across the table. She’d been going on and on about these barbarians at the gate, a tirade I alone had been absorbing while, to our left and right, the rest of our party conversed in jovial subgroups. “They won’t stop coming,” she repeated — I think because she thought I hadn’t understood her the first time, though I absolutely had. And somehow this second pronouncement let rip a static-electric discharge. Quiet seized the table from end to end, and a dozen glances arced her way and held as she brought to her mouth a forkful of camarones al mojo, chewed and swallowed.

The problem, she explained to the group, now bristling with attention, was not just the barbarians at the gate, though they were of course a problem, but there were also barbarians in our midst, those we’d never suspected of barbarism until we saw them throw the gate open to the arriving barbarians, removing even that token obstacle to their entry.

The pressures of keeping up a conversation with the woman now alleviated, I stole glances at the rapt faces around me. It was odd that the faces were so rapt, given the actually rather moderate esteem in which I knew the woman to be held. So either, I concluded, they were being polite, thought the woman crazy (in which case her diatribe was being received as scary or hilarious or both), or they were genuinely afraid of being exposed as barbarians — not, of course, newly arrived barbarians (everyone at dinner had lived here for sometime), but rather those betrayers, the second-order barbarians, that genuinely novel category of barbarian she had just introduced and which surely marked woman’s most important contribution to the discourse on barbarism. If I had guess though, I’d say it probably was just politesse; in my experience, people don’t like to argue.

And so there I was, as I’ve stated, free of the burdens of serving as the woman’s sole interlocutor and I relaxed my mind and really let sink in all she had said, was still saying. And it dawned on me: these conversations of ours —we crowd around like Bedouin at an oasis and drink primordial waters. While the specific content was fungible, determined merely by the arbitrariness of context, the QUESTION OF THE STRANGER was nothing short of eternal. We might just as well have been talking about some other influx or invasion. Had we been, for example, Minoans, then we’d be up in arms about the arrival ofthe Mycenaeans. If we were rednecks, then Mexicans streaming across the border would serve as the object of our ire. Or if we were Mexican, long time residents of the east side barrio of Cypress Park, well then we’d be groaning over the gringos now installing horizontal fencing and Futura house numbers in front of their freshly gobbled-up properties instead of what we were actually talking about — we weren’t actually talking, SHE was — the many artists and sellers of art moving to Los Angeles from New York and Europe. The whole story of humankind is the story of migration, people coming and going, I remembered reading somewhere. Always the same question, the author wrote, WHO’S IN AND WHO’S OUT?

Thrilled by my realization, I searched the faces around the table for a kindred spirit, for an eye with an ancient gaze. But the faces were all inscrutable. That didn’t mean they wouldn’t be interested in hearing what I had to say.

“It occurs to me,” I piped up—and then just as suddenly faltered. Heads all swiveled in my direction as fear, from nowhere, gripped me. How could I make claims about the story of humankind when I couldn’t even remember the name of the book? For me, this is a real sticking point: you should never mention a book whose title and author you’ve forgotten, unless, that is, you want to discuss how bad your memory is, how much worse than it used to be. I changed tack: “I took this class last year.” Someone groaned. The woman across the table had a smirk on her face and a camaron by the tail, which she shook at me in admonishment before tossing it into her mouth as a seal trainer would a seal. “It was up in Sun Valley at the Theodore Payne Foundation for Wild Flowers and Native Plants. Just a one-day class: Intro to Southern California Native Plant Gardening. And our teacher — her name escapes me at the moment — she said some similar things.” The woman’s eyebrows rose. “She said that it’s comforting to see landscape as something out there, a setting, a picture. But there is no landscape without us, no us without landscape. We are mutually constitutive, she said. And as such, one who would introduce an invasive plant species into our delicate Southern California habitat is not only a traitor, but a suicidal traitor. You assume the form of the invader and kill yourself. Plant periwinkle, become periwinkle. Ice plant, Algerian ivy, that’s you. One of the students raised his hand and said a few years back he’d planted Virginia creeper along a wall and now really regretted it. For the rest of the morning session, the teacher would only refer to him as Creeper. “Hey Creeper, you getting this? What climate zone you live in, Creeper?&quot; It must have gotten to him because he didn’t come back after the mid-morning break. “Guess Creeper went and killed himself.”

A long silence followed. Then, slowly, people began chatting again in their little sub-groups, the QUESTION OF THE STRANGER adjourned, deferred inevitably to future generations.

But I’m getting ahead of myself. It’s not for me to write the story of the great movements of peoples throughout history. THAT book has already been written — if onlyI could remember what it was called. I have a fickle memory. Anyway, it’s a lot worse than it used to be. But these deficiencies, I’m sure you’ll come to agree,pale before my by my ravenous curiosity. And it is with that faculty of mine that the story begins, the story of how I came to find myself seated among famous artists, curators and collectors, feasting on shrimp at a Mexicatessen. 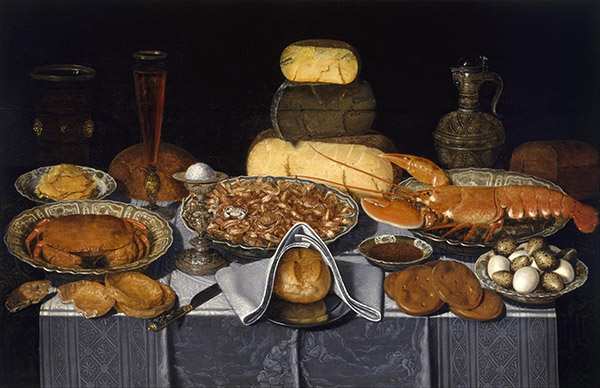